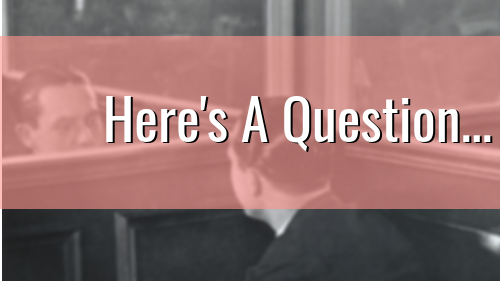 I should have read the ad more carefully. It was, partly, my fault. But I was so excited about the notion that I stopped reading and simply responded – not wanting to miss the opportunity. They must have been at their computer too because I got a response almost immediately showing interest, excitement and asking one key follow-up question: are you ok doing it nude? Um. What? This is when I went back to the ad to read it more carefully.

There was a lot about the ad that told my instincts, honed after years of burned bridges, it was a legitimate offer. The chances of being raped, killed and/or sold seemed relatively small. It was an ad requesting only female photographers for a one-day bonanza of shooting nude couples to provide a year’s worth of marketing photos to a nude resort and spa. And while that may have been a strange request for your average Dick and Jane, this was relatively run-of-the-mill for me.

Over the years, my endeavors into photography have provided an endless bounty of bizarre questions, comments, approaches, ideas, and schemes both from myself and others.

Although I was now the documentarian of the glitterati there was the small matter that I had never spent time in any of these kinds of places. Raves, nightclubs, bars, and stadiums were foreign countries to me. The few times I had been to bars I found them annoying, crowded, loud and pointless. My idea of a good time was NOT shoving my way through a crowd of people to SCREAM a drink order and then awkwardly stand and NOT SPEAK to your friends because you can’t hear each other anyway. So, when I began to go to the “hippest spots in town” (stop laughing) I felt the need to dress up. Or…dress down. Dress… little?

True, this was initially jarring. But I assure you, after a while, Mom would tell this story at parties.

Among my top favorite comments and/or introductions would have to be the “idiot approach.”

I talk about my camera a lot and yet people are always surprised when they see it. Once, during a meet-and-greet for a band, a fan asked one of the bandmates if she could have a photo. He eagerly said yes and turned to her for a selfie. Standing behind them I politely and softly asked if I could have the next photo. Without pause, he turned to me and recoiled with a surprised yelp when he saw the camera I held. It’s a big camera. It has, um, presence.

I compassionately understand the difficulty and moxie required to approach anyone. Yet, the many men who initiated conversations with me by asking “Is that a camera?” is baffling. The first few times it happened I gently laughed and welcomed the awkward conversations that followed. By the end of my time in the trenches “Is that a camera?” became code for “not willing to try harder”, garnering nothing more than rolled eyes and a hasty retreat.

I’ve Got An Idea

We’ve all got an idea. I’ve got ideas. And I applaud people who dream. I’m one of them. But the number of times people clued me into, wanted me to contribute, or planned to “get back to me” about their ideas became a very long and unreduced list.

My first “photography job” was for a new travel site hosted by two beautiful 20-somethings. In fact, they were bartenders at my waitressing gig, but we all have to start somewhere. The job was to photograph the food, restaurant, kitchen, and atmosphere of a very well-attended Chinese restaurant in Chinatown. However, no one bothered to tell the restaurant we were coming. It was guerilla journalism in its most raw form.

After the two hosts sweet-talked their way into bypassing the line snaking around the block and sat down to their meal, I was eagerly ushered into the kitchen. Suddenly combating smoke, steam, heat, slick floors, changing light conditions, and fast movements I was immediately in over my head. Outside, the two hosts were treated to a bounty of every savory specialty while I worked to compose beauty shots of the food. When we packed up and left, the hosts were completely sated and their meal had been comped. I was a sweaty, anxious mess. No one ever saw or used the photos. The restaurant was never reviewed. The site was never made. The idea was never developed. That was the first of many fizzled ideas.

When you frequently work until the early hours, at 9 AM you are still sleeping. Unfortunately, the rest of the world is up and moving. And so it was that my phone rang while I was cocooned inside my bed, trying to avoid the evil winter chill in the room. The gentleman on the phone was a model. This was exciting! This was my first model phone call! I sat up and forced myself to sound awake as he went on with his…um…with the phone call.

All of this was new for me but I was determined not to let that show. I asked questions about the mood of the photos he was looking for; what the photos would be used for; and other pertinent questions when he cut me off. He explained that he had met another photographer in person and her first question had been about the size of his, um, member. I paused. He went to explain that she had then asked him to stand and disrobe. Another silent pause on my end. Finally, he asked if I thought that was ok and professional.

I never heard from him again. Although telling it now, it sounds a lot like an obscene phone call, doesn’t it? Eh. Jokes on him. I was more sad for him than disgusted or aroused. That really didn’t go the way he wanted. But it was a memorable phone call!

Wouldn’t you love to know how I answered it?